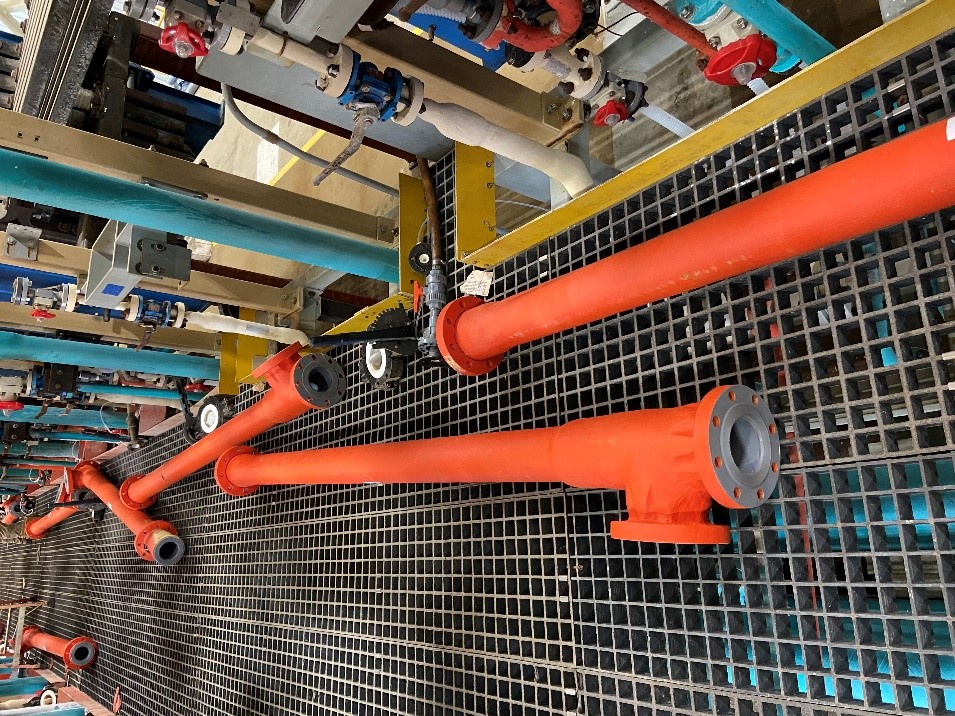 Breaking It Down: Can Corzan® CPVC Piping Be Painted?

The answer is yes. Yes, it can. Metallic enthusiasts realize that the majority of steel installations are painted or coated in order to slow down the corrosion process. Organizations such as AMPP (Association for Materials Protection and Performance) have produced cost estimates in the billions associated with corrosion. Many projects will want to paint for corrosion resistance and others may want to paint due to architectural reasons.

Exposed piping provides visual interest in many projects. In an architectural finish-out where the entire ceiling area is to be painted for aesthetics, and where the piping material of construction is CPVC, will your whole construction team be on the same page about whether that piping is compatible with paint? It’s a critical issue, because not all CPVC is the same. Trades responsible for painting, caulking, and sealing all must have the same precise understanding of the rules that apply to painting this engineered material.

Fortunately, the guidance on this is clear cut: When the CPVC is Corzan® CPVC, with chemical compatibility testing data to back its performance, painting according to manufacturer-recommended practices and limitations is completely acceptable. The following information is intended for reference in regard to Corzan CPVC piping systems exclusively and supported through Lubrizol’s FBC™ System Compatible Program. Other manufacturers and/or brands of CPVC piping have not been tested as part of the FBC™ System Compatible Program. This resource is the go-to repository of knowledge about the chemical compatibility of ancillary products with Corzan Piping Systems. The question of paint compatibility is also addressed here.

Painting Corzan CPVC Piping: The Type of Paint is Important

First, what are the limitations when applying paint? The most commonly available type of interior paint, water-based latex, can be recommended for painting Corzan CPVC piping without qualification. In addition, Lubrizol’s material scientists are not aware of failures arising from most other types of paint – alkyds, enamels, spray paints, or paints with added intumescent or mold inhibiting ingredients – applied in normal coats to Corzan CPVC piping.

But when two-component epoxies are improperly mixed or the mixture fails to cure, any excess of either component remaining on the piping can lead to compatibility issues. CPVC is an amorphous polymer that is comprised of long chainlike molecules tangled together. Most chemicals by themselves are not aggressive enough to disentangle these chains single-handedly. However, some chemicals can promote this disentanglement if other factors are already present to weaken the chain. (See: Why CPVC Pipe Fails, and Why It Succeeds). The chemicals that, separately, make up two-part epoxies fall into this category.

As with all aspects of installation of Corzan CPVC pipe and fittings, the process is key in setting up the project for success. While Corzan CPVC piping does not need to be painted for corrosion resistance, several points should be noted when the decision to paint has been made:

The bottom line: when the choice for CPVC piping is Corzan Piping Systems, you’re getting a proven technology, but so much more than that. Proper installation or application in this instance is critical. The guidance for getting the most out of it to deliver a successful project every time is just part of the bargain.

Get instant access to Corzan CPVC compatibility information with our mobile app available for iPhone and Android. Updates and new product information are pushed directly to the app so you always have the latest information.