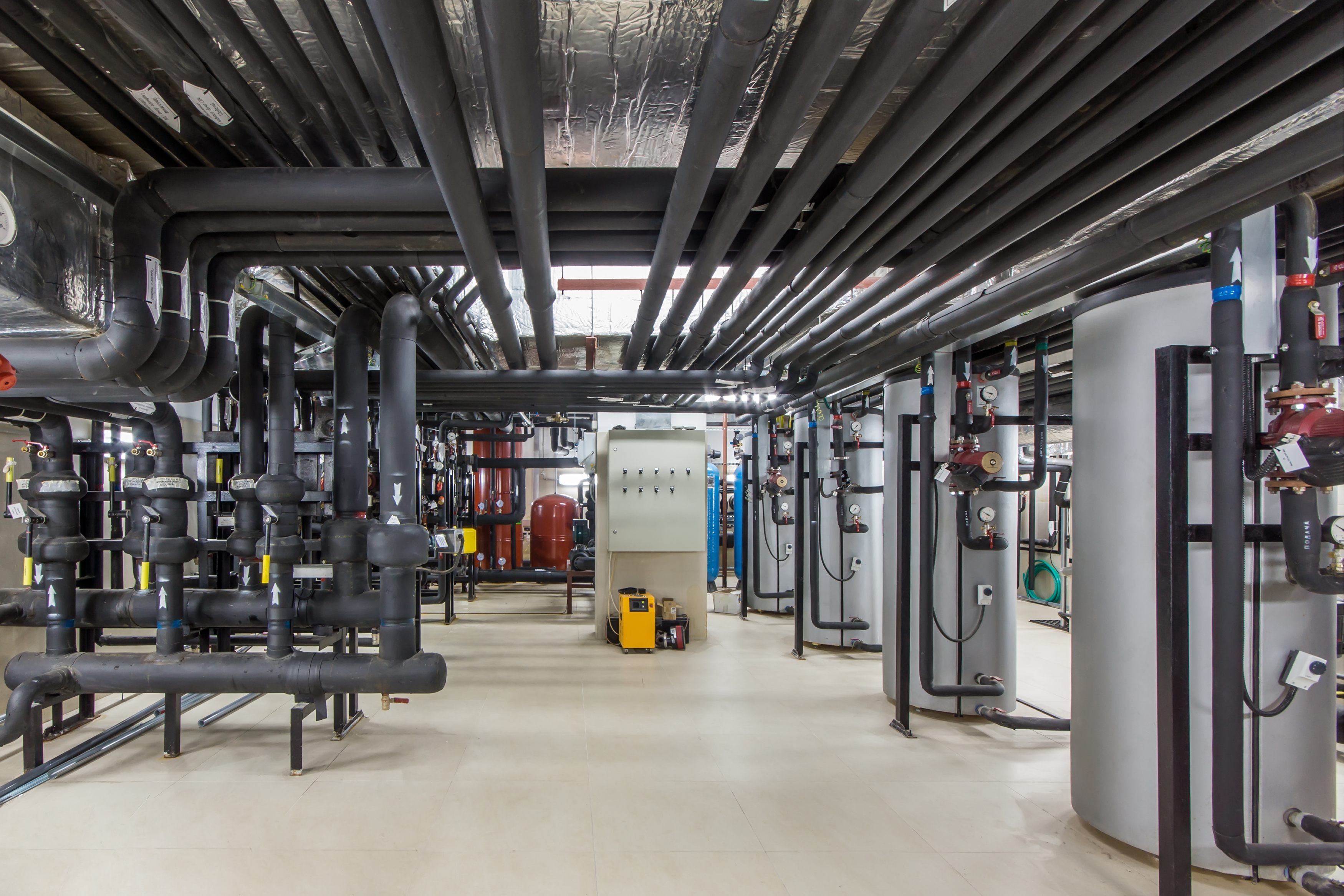 Secondary Disinfection: What it Means to Your Piping System

Many factors contribute to the design and specification of a piping system, from size to pressure to layout. It’s just as critical to think about what’s inside the pipes—the quality of the water and the disinfection treatments that will be used on that water over the life of the system. The additives used for primary and secondary disinfection can often have an impact on the integrity of the pipe.

For the majority of projects, water only undergoes treatment at a central location through the water district. But it’s important to know that, for many project types, however, additional treatment may be necessary at the building location. Secondary disinfection is becoming more and more popular at hospitals and healthcare settings, as well as other buildings in which a vulnerable population may be present. In many instances, hospitals can’t use water straight from the municipality because it may still contain levels of many harmful bacteria, either that doesn’t get removed in the primary process or that enters the water system afterward. To ensure the water is safe for the more vulnerable occupants and highly sensitive materials, it will undergo secondary disinfection on site prior to widespread distribution.

“Primary disinfection kills or inactivates bacteria, viruses, and other potentially harmful organisms in drinking water,” the EPA says. “Secondary disinfection provides longer-lasting water treatment as the water moves through the pipes to consumers.”

There are a range of methods for secondary distribution. Common and very effective are chlorine dioxide generators, which are capable of eradicating many remaining bacteria; the use of chlorine dioxide requires a worker who is certified with its use and safety requirements. Chlorine dioxide is a residual treatment, which means it stays in the system over a period of time. Another option is a UV generator, which may be less effective because it relies on every microorganism passing within the UV light. Other examples include chlorine, copper-silver ions, hydrogen peroxide, ozone, peracetic acid, and peroxide.

Each method has its positives and negatives; the upcoming revised version of the ANSI/ASHRAE 188 Guideline will help engineers and facility managers understand each method to help determine what method is the best fit for each project.

No matter which type of secondary disinfection is used, it’s crucial for engineers to determine what the facility is planning to use before specifying the type of pipe materials. Simply put: Not all pipe materials can withstand all types of disinfection methods.

Corzan® CPVC does not degrade or corrode when exposed to high levels of chlorine dioxide. Because CPVC inherently has lots of chlorine atoms attached to and surrounding its chain structure, it has inherent resistance to degradation by chlorinated water. Unlike other types of plastic pipes, it does not rely on sacrificial antioxidants to protect itself. (Read more about the science behind Corzan CPVC’s chlorine resistance here.)

The same can’t be said for other pipe materials. For copper pipes, exposure to chlorine dioxide may lead to pitting over time, which then cause pinhole leaks. PEX and polypropylene (PPR) are not recommended for systems with high concentrations of chlorine dioxide, exposure to it may void the manufacturer’s warranty.

The situation is even more dire if systems are comprised of both copper and PEX or PPR because the ions in the copper. For example, recent failures in the Pacific Northwest include piping combinations of copper, PPR, and PEX. As stated in the Seattle Times, “Several leaks were discovered throughout the entire Via6 building ‘within a relatively short period of time.” Although PPR and PEX have long-term successes in Europe, most of those systems don’t use chlorine or chlorine products for water treatment.

If a building is likely to use secondary disinfection methods, Corzan CPVC offers the greatest peace of mind to engineers and facility managers. To learn more, contact one of our specialists today.